On 30 September, the Auckland University Tramping club (AUTC) met the Victoria University of Wellington Tramping Club (VUWTC) at the summit plateau of Mt. Ruapehu for their annual alpine cricket match. 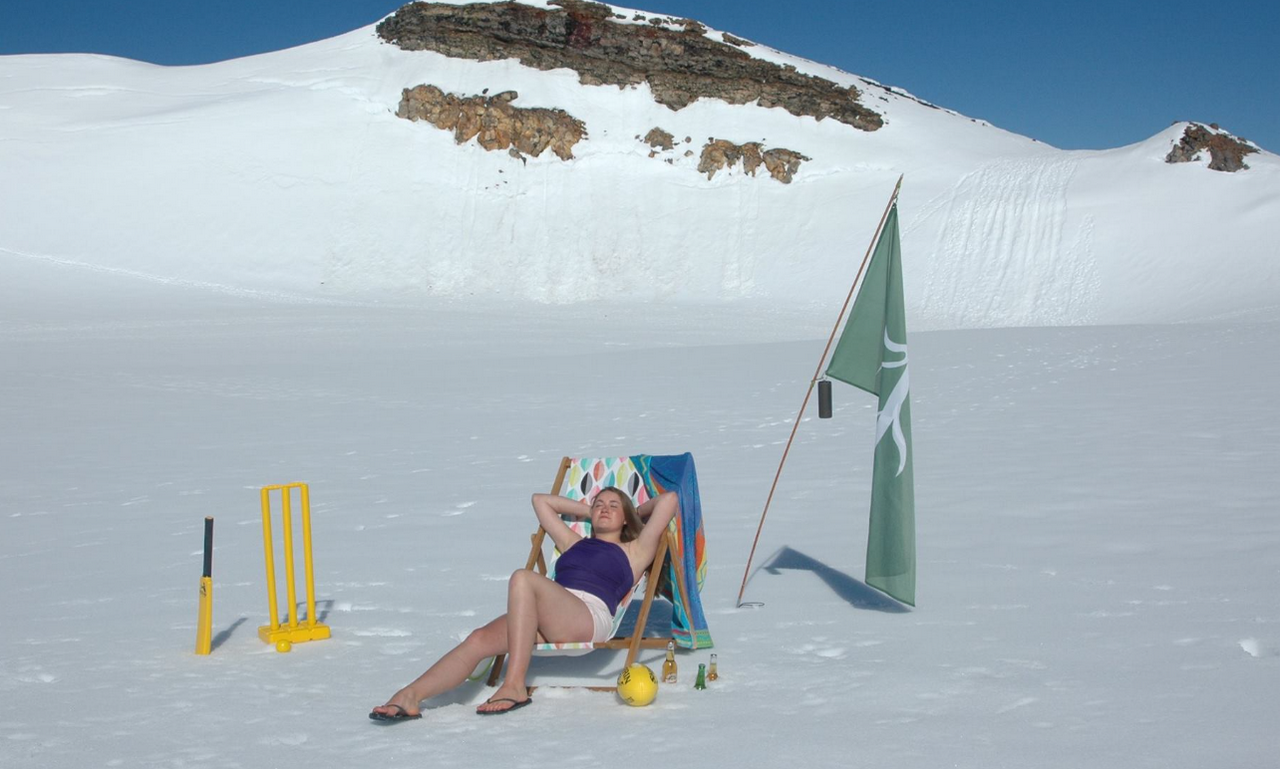 From a previous year's match; showing the summit plateau.

The AUTC car reached Ruapehu quite late, so it wasn't until 2am we were ready to walk up to the lodge. There was among us: four didgeridoos, one large glass pineapple, a primitive bow and arrows, a stack of animal furs, and a cricket bat and wickets. We announced our arrival to the Wellingtonians with a customary drone of the didge. 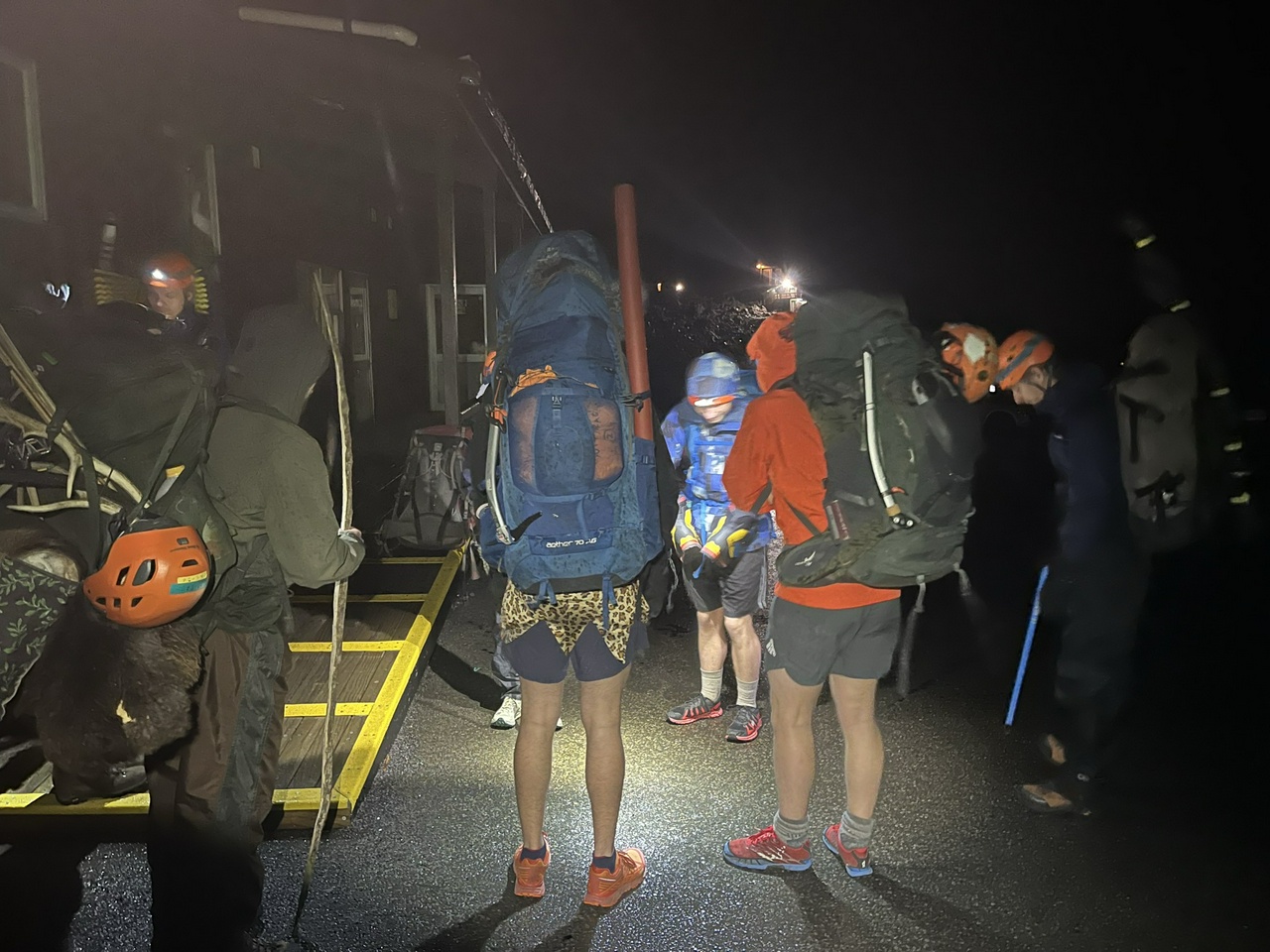 Near the carpark, getting ready to walk to the lodge.

After a long and languorous breakfast, we started for the summit. VUWTC had already left an hour before. The weather quickly made it clear we would not be able to catch up with them — even if the Wellingtonians made it to the top, they would not stay there for more than a few minutes, from snow and cold. 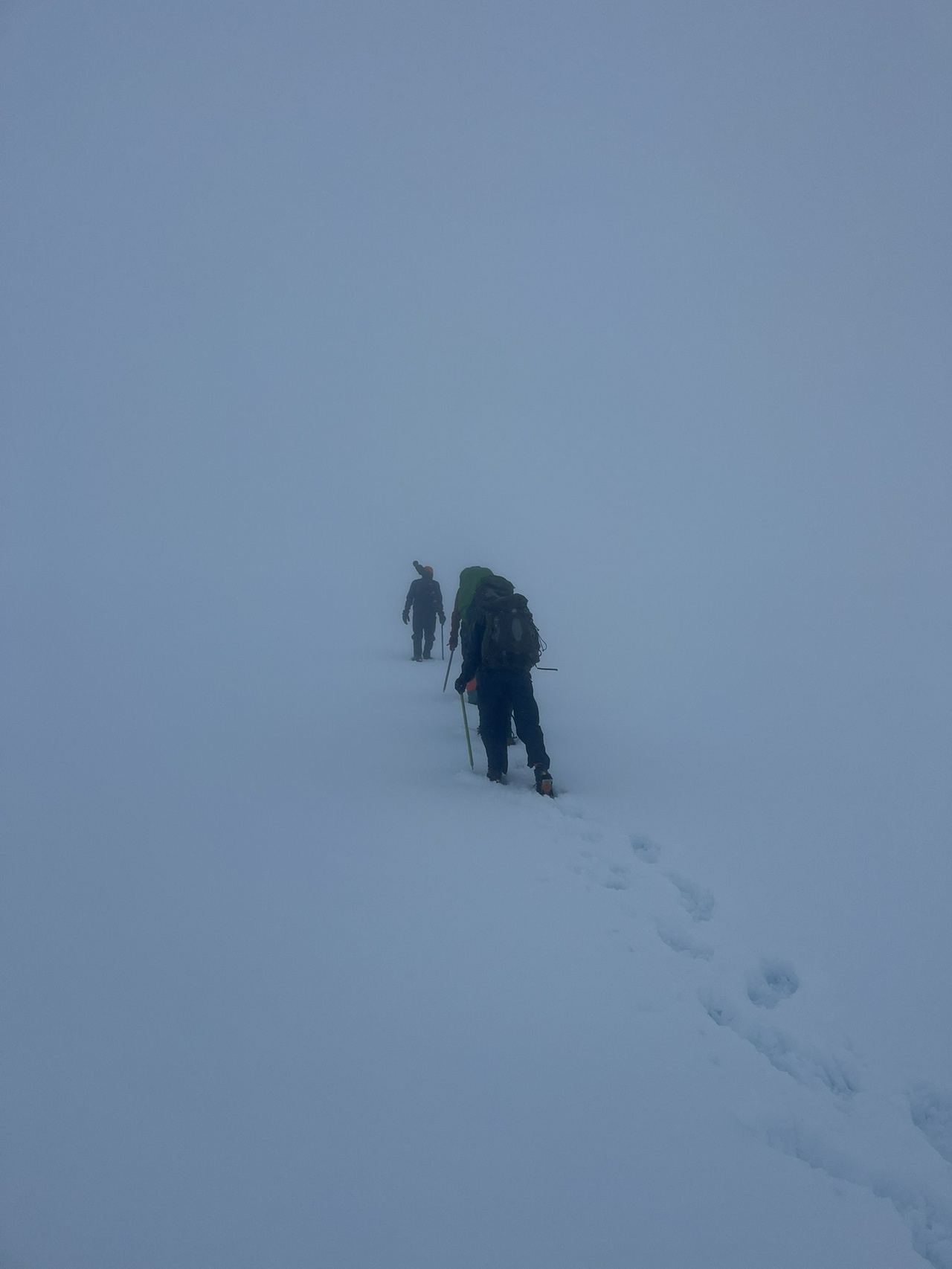 Finally, eight of us came to the summit. No-one was willing to strip off their outer layers to get a photo in cricket-wear, so we dug a hole in the snow and sat in a bivvy bag while Chris put on a pot of tea outside. 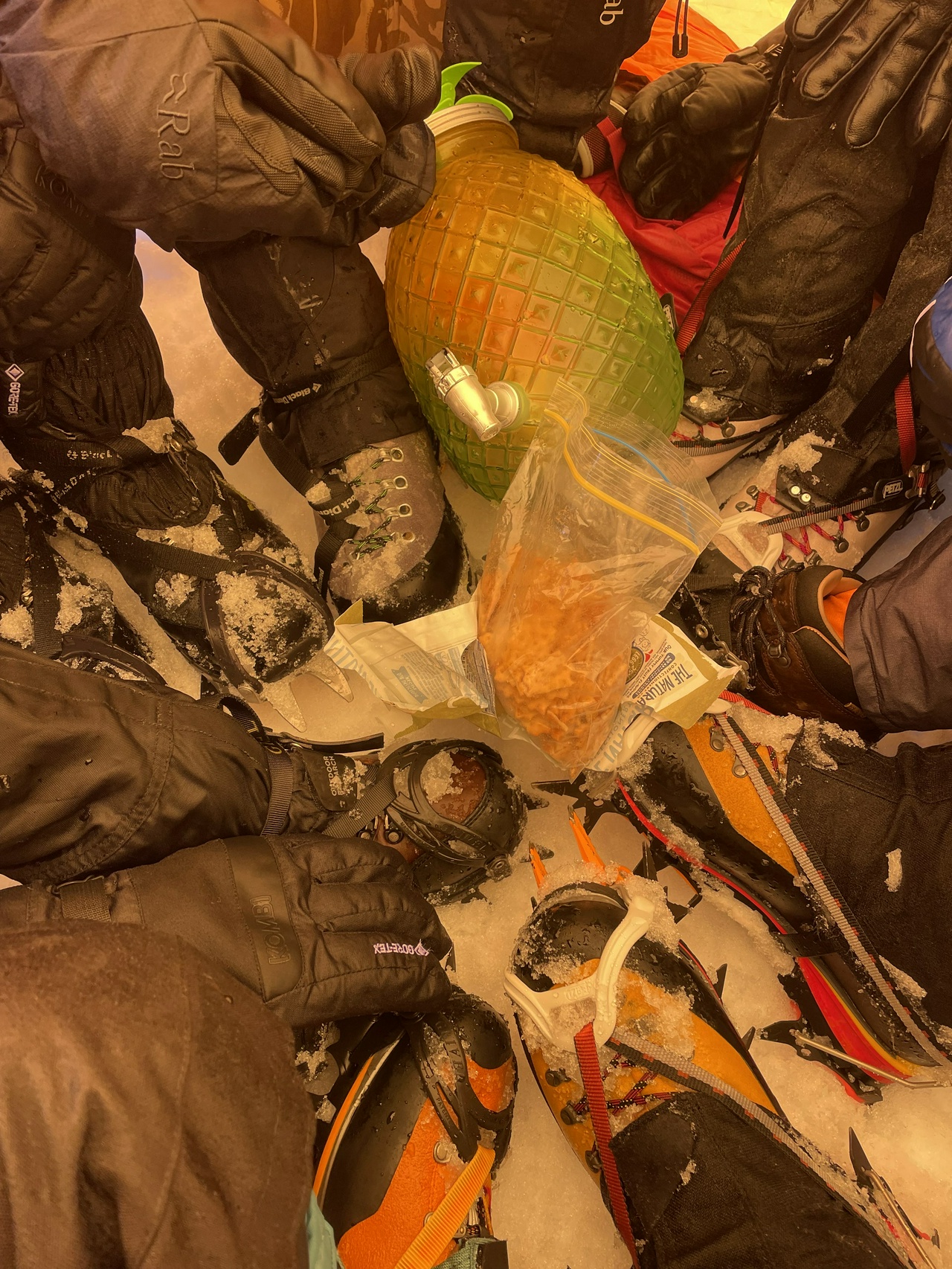 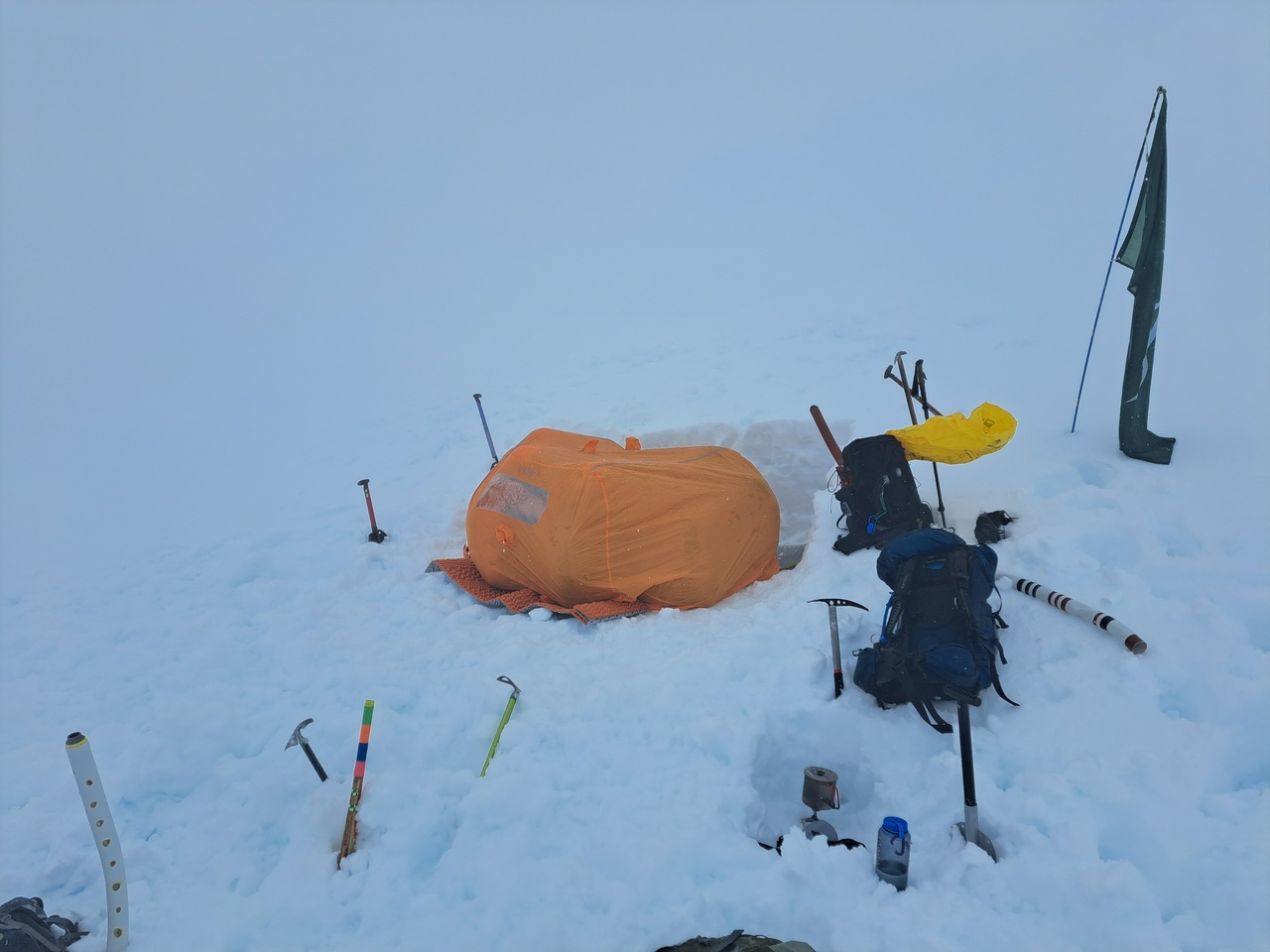 I ended up getting quite bad cramps in my thighs, so I stuck my legs outside the bag. 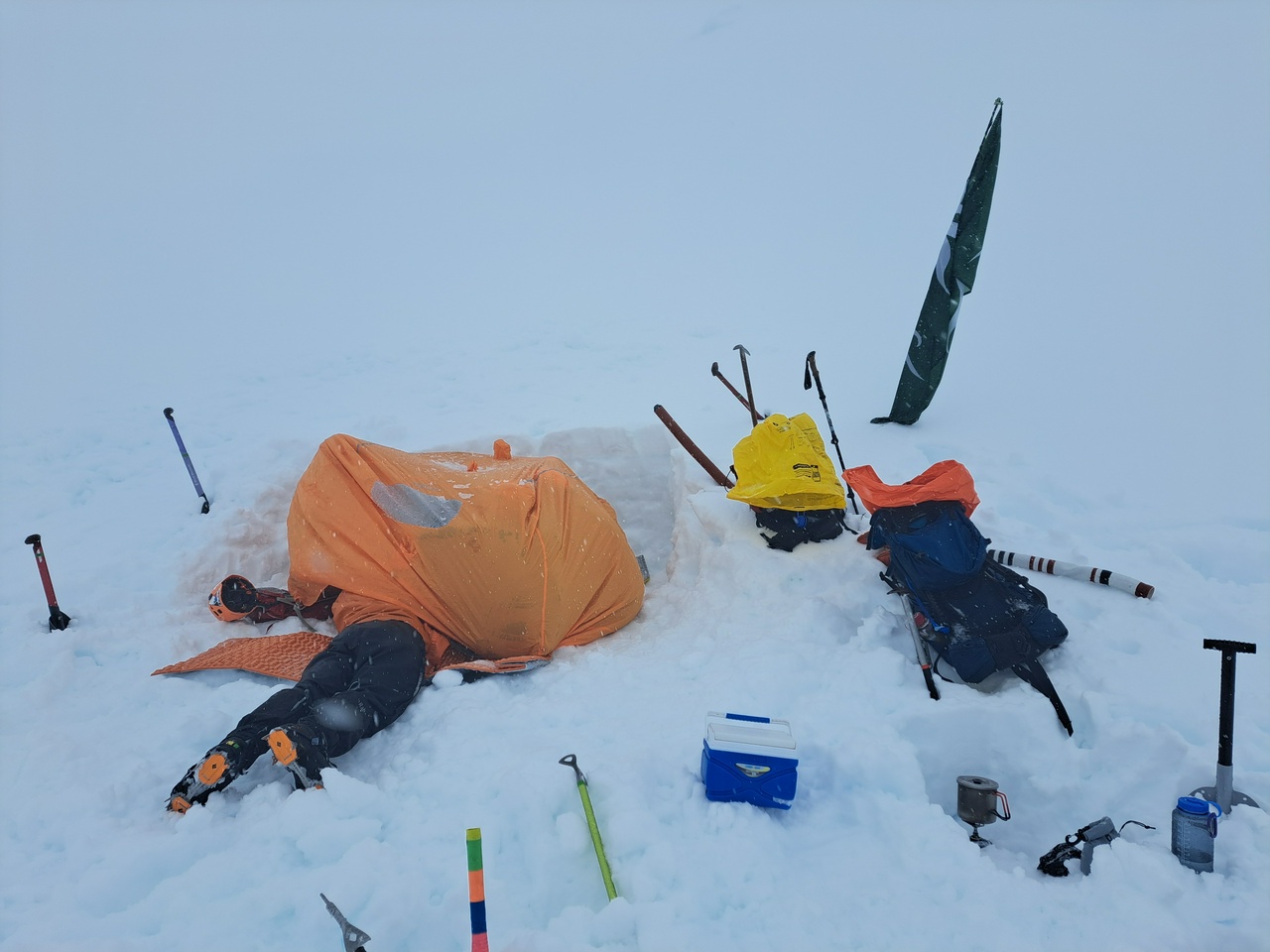 Afterwards we had one last didge session and started to walk back to the lodge — only we mistakenly went down the wrong side of the ridge, opposite to the direction of the lodge. The wind was much stronger on that side, so much so that I was getting blown over on every other step. Eventually we realised our mistake and the rest of the walk was uneventful. 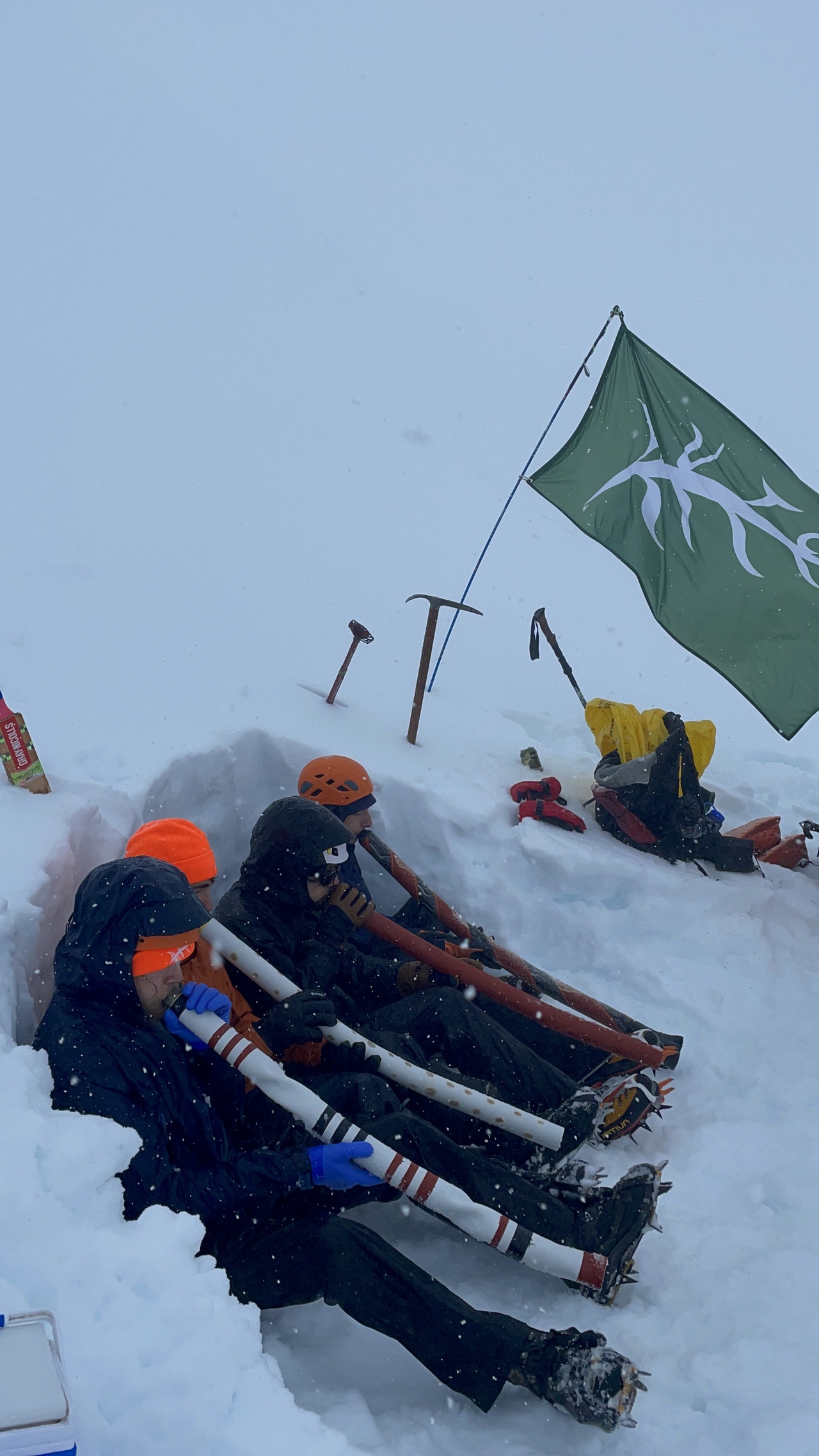 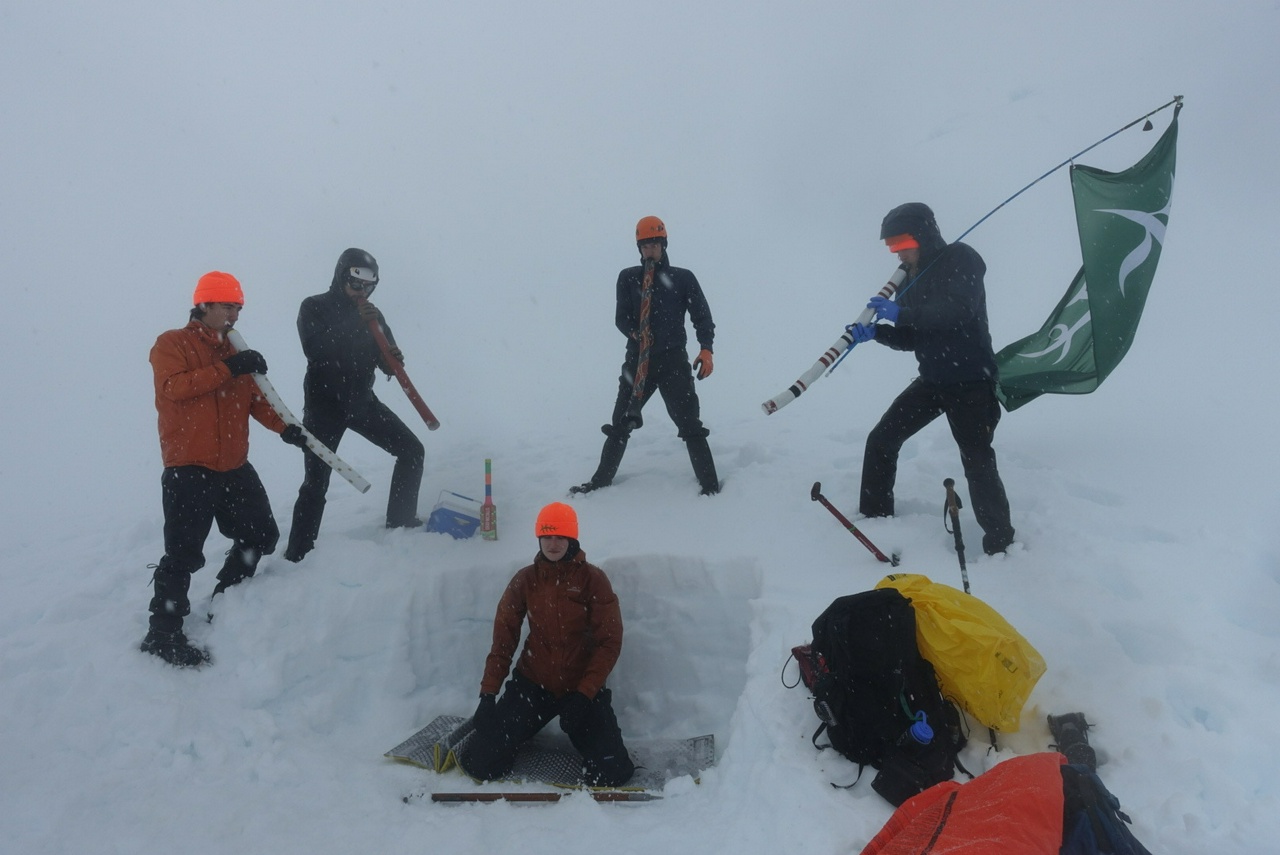 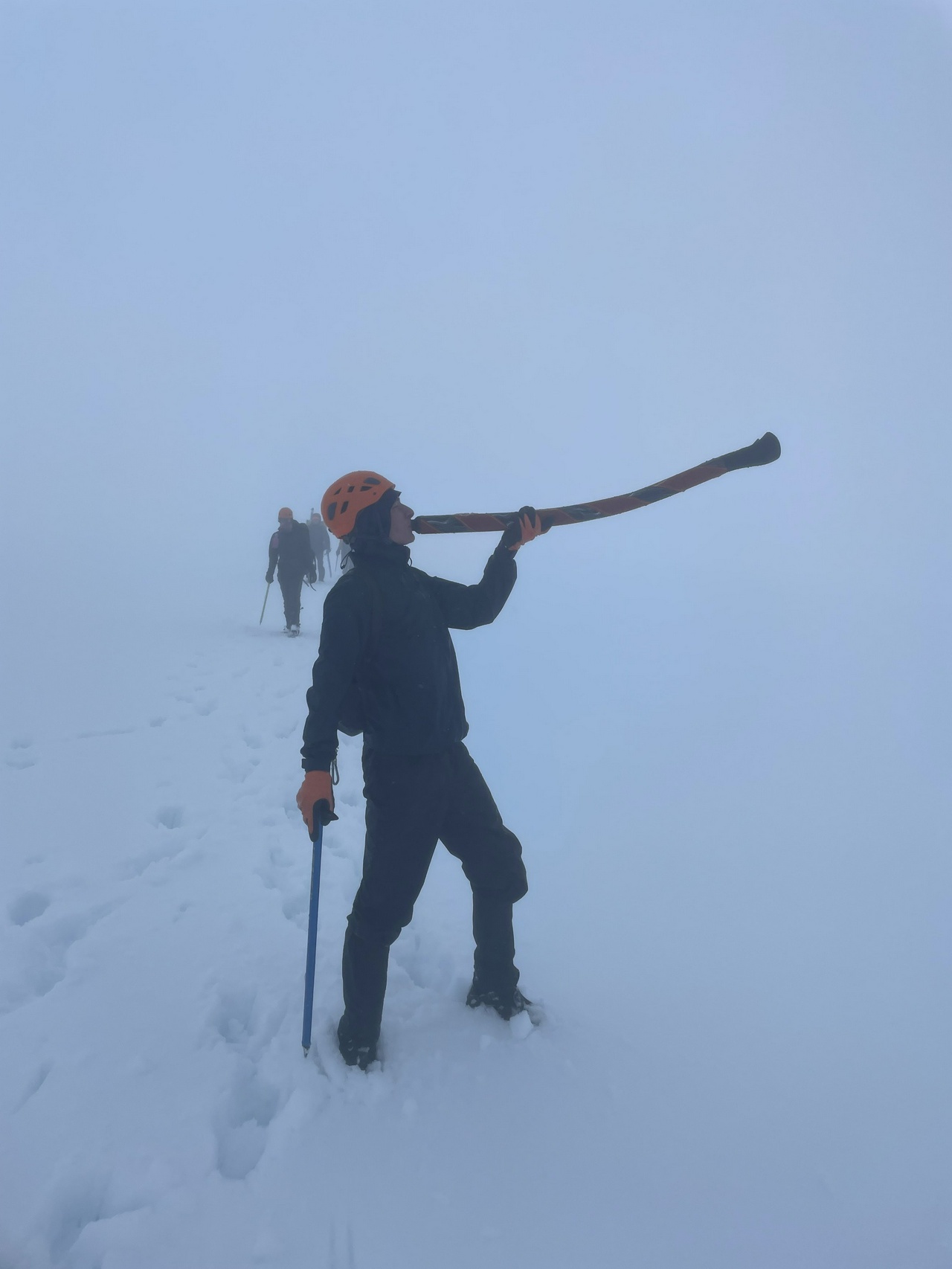 We found out at the lodge that the Wellingtonians did not go to the summit, possibly due to the chair they carried. Victoria beat Chris in possibly the finest sock-wrestling match of all time. Unfortunately everyone was too enthralled by the fight to take a video or even a photo, so here's a picture of Holly vs. Sean. 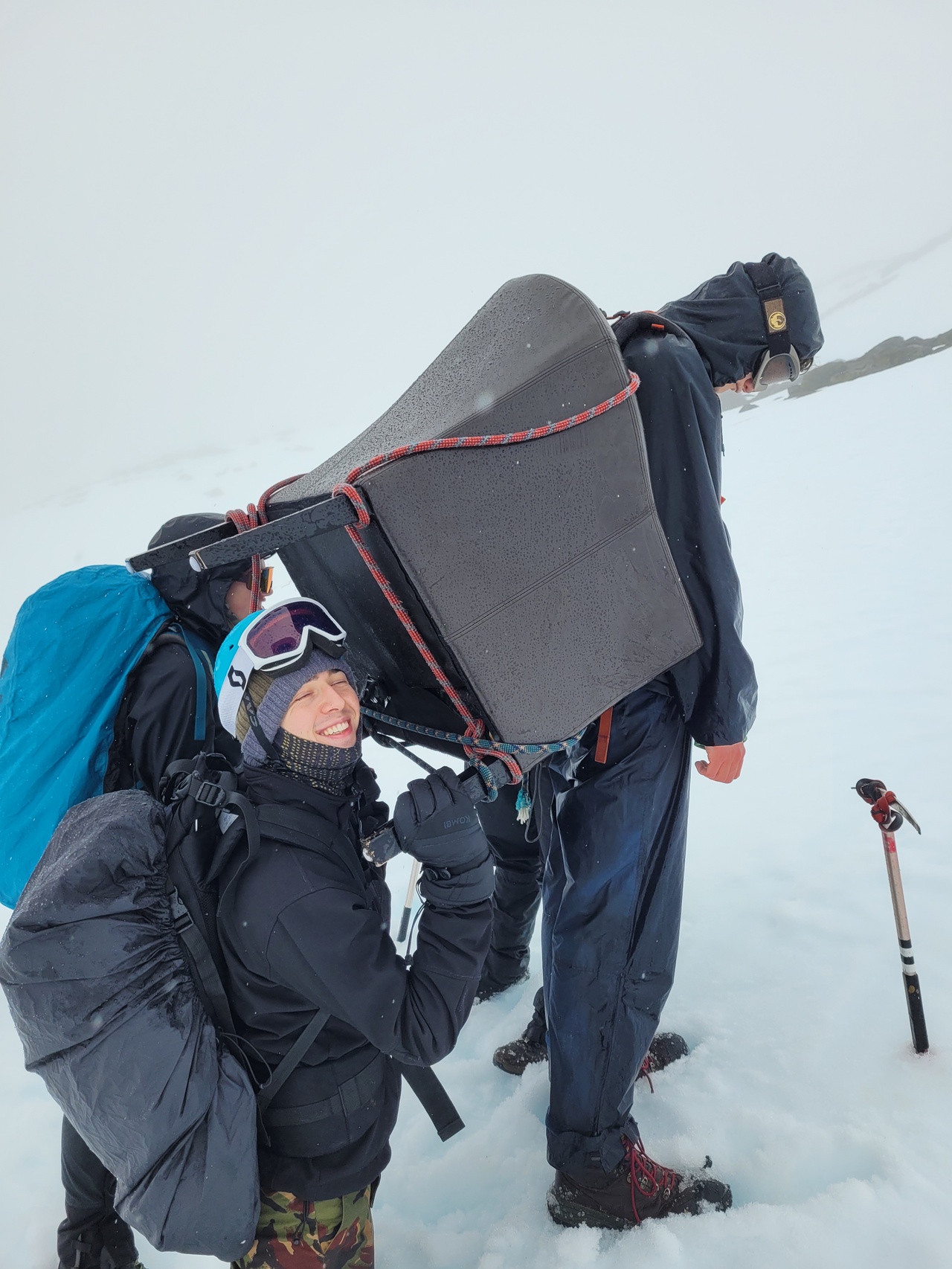 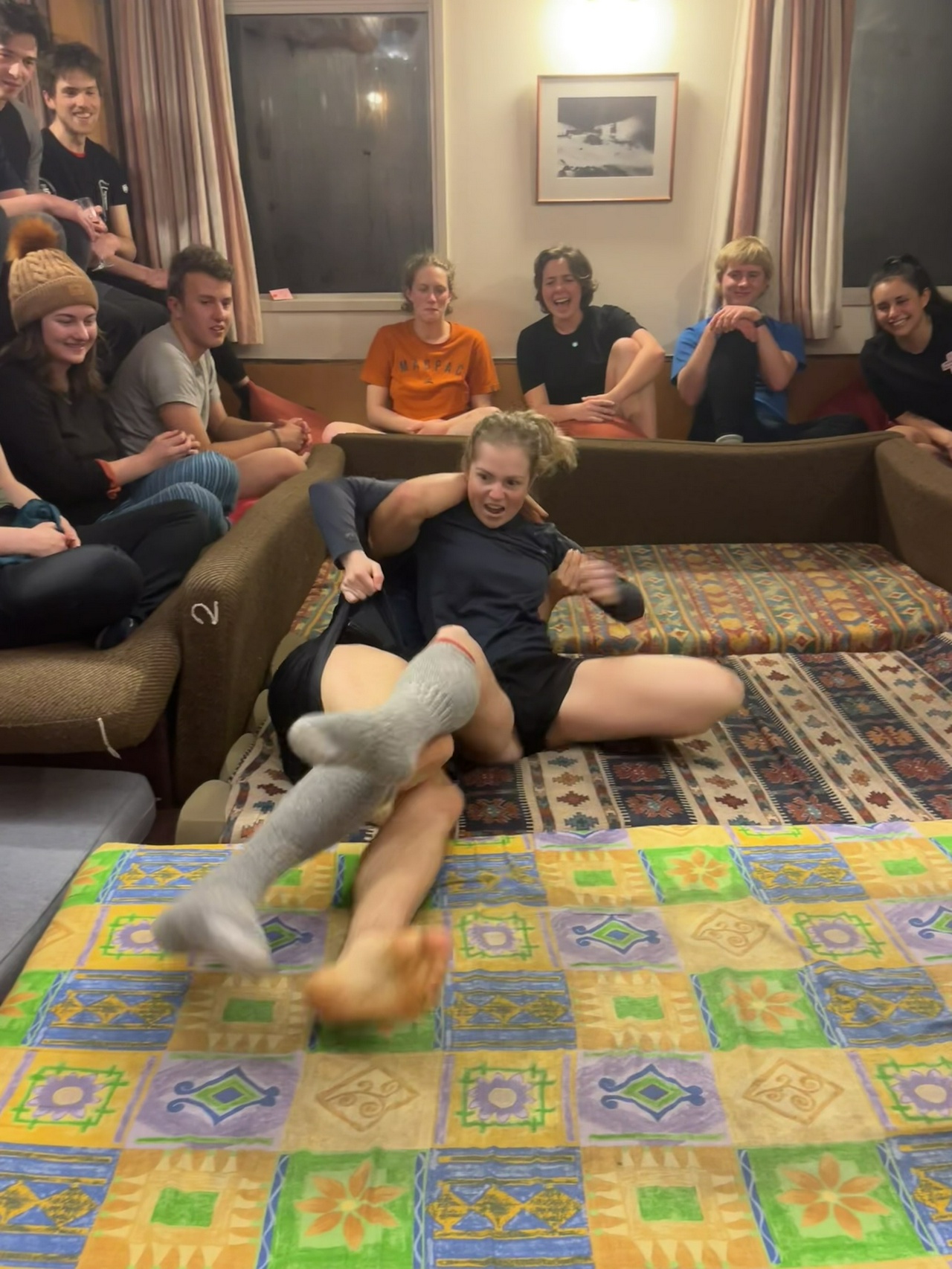 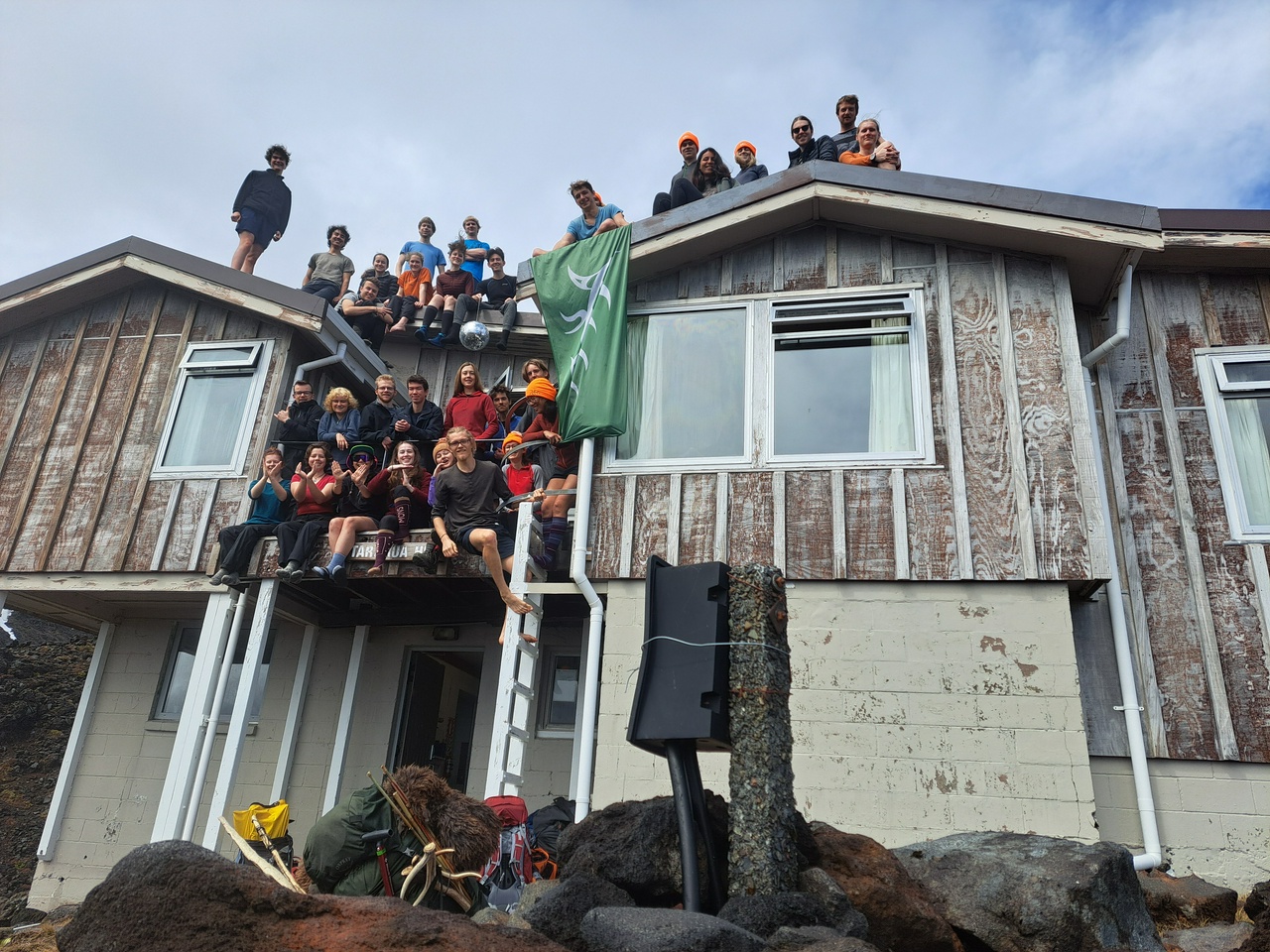